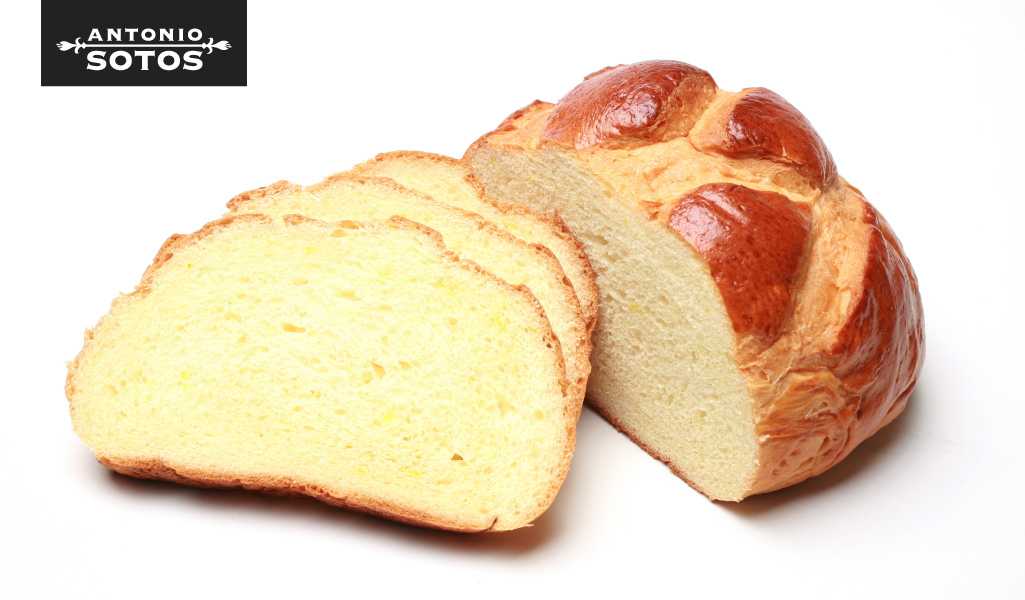 Cuchaule or Swiss saffron bread is a type of exquisite bread which closely resembles a brioche. If you visit Switzerland, one of the things which stands out most is the range of bread varieties available. The small alpine country has approximately 200 to 300 different types of breads, all of them delicious.

Although it is tender and as mentioned previously it resembles a brioche or milk bread, the Cuchaule or Swiss saffron bread has less fat. Its main characteristic is its tenderness and flavour, which is obtained thanks to saffron, a key ingredient of the recipe. If you’re game enough to make it, don’t hesitate to use La Mancha saffron, as the result is spectacular.

The first step in preparing this recipe is to make the dough. Starting with the flour and yeast, to which milk, water, a beaten egg and sugar is added. Mix the dough until all the ingredients are added and leave to stand approximately 30 minutes, covered with a kitchen towel.

A tip: in baking, it is better to take the butter out of the refrigerator for a while at room temperature before using it in the recipe.

After 30 minutes of the leaving the dough to rise, add the butter as we have recommended, at room temperature. After the butter, add a pinch of salt and a few saffron strands. Knead once again, this time, much more vigorously, for 10-15 minutes, until obtaining an elastic and uniform dough.

Leave the covered dough to rise again until its volume doubles.

Knead once again to deflate the risen dough and shape the bread. The traditional Cuchaule is round, so you have to make a large ball.

Place the ball onto a baking sheet and “paint it” with the other egg and some milk. Leave to rest for a further 20 minutes.

Whilst the oven is preheated to 180 degrees, baste the dough again with a second layer of egg and milk and draw on the bread some diamonds using a knife, so that your creation resembles as much as possible the typical Swiss Cuchaule.

It’s almost ready, the only thing left is to bake the bread dough for approximately 35-40 minutes, or until it sounds hollow when tapping the base.

Before sinking your teeth into the bread, leave it to cool completely on a wire rack.