Home
Recipes
Saffron at Christmas is an exclusive spice.

Saffron at Christmas is an exclusive spice. 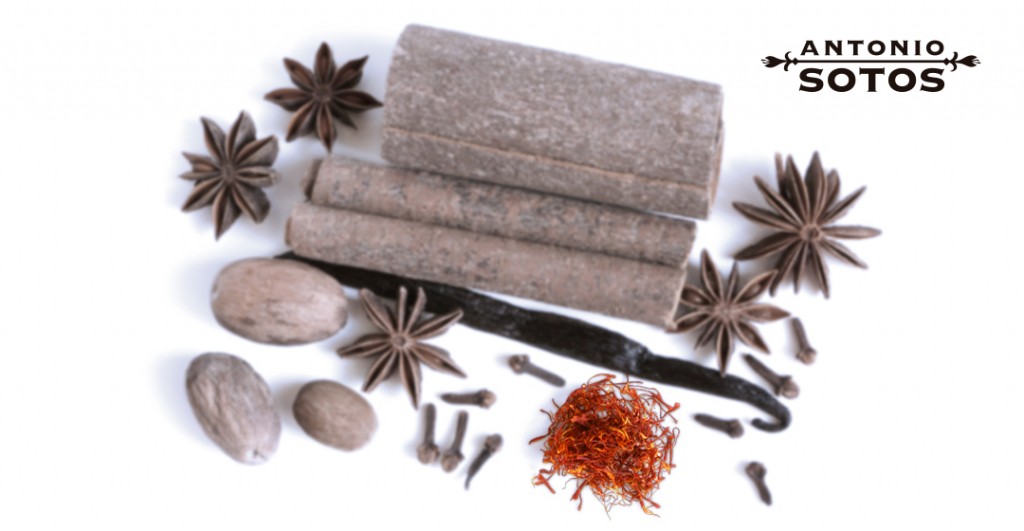 Saffron is a very versatile spice, but nor is it a perfect fit in all recipes, as occurs, for example, with pepper, which however seems to practically pop up in all kinds of recipes. That’s why we give you a few ideas so that you can use one of the most appreciated species in the culinary world this Christmas.

Which Christmas recipes can saffron be used in?

Saffron is a spice which is great in fish recipes, whether in soups, cream of soups or baked fish or fish in sauce etc.; and is also often added to many sauces, when we wish to imbue the dish with a distinctive touch, if wishing to make, for example, a mayonnaise or a special béchamel for this Christmas, flavouring the dish with saffron; adding it to couscous and risottos imbuing a sophisticated and luxurious touch; in vegetable and cheese pies, widely used at this time of year, the saffron imbues that certain degree of pièce de résistance or particular touch which really goes well with the dish; for an original simple and different dessert, we recommend a nut and saffron cake, and if wish to cook a Christmas Menu using recipes from other countries, take a gamble on the Swedish saffron bread or cake, you’ll be surprised with two very original recipes and which are very different to what we are accustomed to!.

An extremely versatile saffron cream of soup for this Christmas

This recipe will come in handy as a staple (base) for a lot of dishes. If you don’t really know your way around a kitchen or how to cook for that matter, but wish to make a dish that looks as if it has been made by a real chef, you should become acquainted with this recipe which is very easy to make as well as versatile.

You’ll need: a litre of fumet, bought or made. It’s very easy to make: boil peels and fish bones with a carrot, parsley and a splash of olive oil; a litre of cream, a few strands of saffron and salt. To make the cream of soup: heat the fumet and add the cream and saffron; leave on medium-low heat until the mixture has boiled down. With this simple recipe you can make all kinds of fish dishes, you need nothing more that to add it to grilled or baked fish, so as to have a top notch dish!

-Use very little. Saffron has a very intense flavour The dish can become bitter if you are over handed with the saffron.

-If you wish to intensify its flavour, put the saffron approximately fifteen seconds in the microwave and then crush in a pestle. It can also be placed in a small sealed aluminium packet and lighting a cigarette lighter under it for only a few seconds.

-If saffron powder is to be used, dissolve in hot water so that it loses its earthy consistency.

A multitude of ways to use saffron and each and every one of them delicious!

This would be the photograph which we will be using in the post.